Today is my stop on the Historical Fiction Virtual Book Tours blog tour for M.J. Rose's The Book of Lost Fragrances (you can read my review of this exciting book here).  Ms. Rose is sharing with us about historical fragrance.

First, a synopsis of the book:

A sweeping and suspenseful tale of secrets, intrigue, and lovers separated by time, all connected through the mystical qualities of a perfume created in the days of Cleopatra--and lost for 2,000 years.

Jac L'Etoile has always been haunted by the past, her memories infused with the exotic scents that she grew up surrounded by as the heir to a storied French perfume company. In order to flee the pain of those remembrances--and of her mother's suicide--she moved to America. Now, fourteen years later she and her brother have inherited the company along with it's financial problems. But when Robbie hints at an earth-shattering discovery in the family archives and then suddenly goes missing--leaving a dead body in his wake--Jac is plunged into a world she thought she'd left behind.

Back in Paris to investigate her brother's disappearance, Jac becomes haunted by the legend the House of L'Etoile has been espousing since 1799. Is there a scent that can unlock the mystery of reincarnation - or is it just another dream infused perfume?

The Book of Lost Fragrances fuses history, passion, and suspense, moving from Cleopatra's Egypt and the terrors of revolutionary France to Tibet's battle with China and the glamour of modern-day Paris. Jac's quest for the ancient perfume someone is willing to kill for becomes the key to understanding her own troubled past. 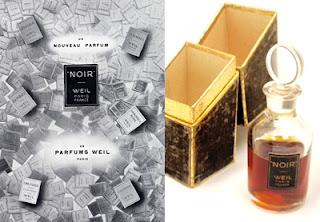 And now the guest post by M.J. Rose:
I've been fascinated with lost fragrances since long before I started writing The Book of Lost Fragrances... since I found a bottle of perfume on my great grandmother's dresser that had belonged to her mother in Russia. Here is one of those lost fragrances that stirs the senses and the imagination... (reasearched and described with the help of the perfume writer Dimitrios Dimitriadis)

In 1927, French furriers Weil bowed to public demand to have a series of fragrances created to perfume their furs. Noir was a rare and enchanting creation launched in 1937 and retired 32 years later in 1969. An exquisite floral leather, Noir is bold and commanding with a bergamot/orange opening and spiralling blooms of rose and jasmine at its heart. An amber / leather foundation warms the composition with a balsamic, animalic undertones. Noir, just as the name suggests, is dappled with shadows and simmering with mystery. Sadly, now lost to the past.

Thank you so much, Ms. Rose.  It was great to have you on my blog today. 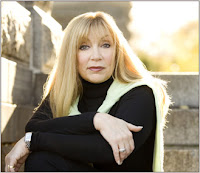 M.J. Rose is the international best selling author of eleven novels and two non-fiction books on marketing. Her next novel THE BOOK OF LOST FRAGRANCES (Atria/S&S) will be published in March 2012.  Her fiction and non-fiction has appeared in many magazines and reviews including Oprah Magazine. She has been featured in the New York Times, Newsweek, Time, USA Today and on the Today Show, and NPR radio.  Rose graduated from Syracuse University, spent the '80s in advertising, has a commercial in the Museum of Modern Art in NYC and since 2005 has run the first marketing company for authors - Authorbuzz.com.  The television series PAST LIFE, was based on Rose's novels in the Renincarnationist series. She is one of the founding board members of International Thriller Writers and runs the blog- Buzz, Balls & Hype.  She is also the co-founder of Peroozal.com and BookTrib.com.

Rose lives in CT with her husband the musician and composer, Doug Scofield, and their very spoiled and often photographed dog, Winka.

For more information on M.J. Rose and her novels, please visit her WEBSITE. You can also find her on Facebook.
Posted by Unknown at 14:36